Reuben Son (b. 1986) is a software developer, sound artist, and ceramist based in NYC.

As a sound artist, he explores the notion of composition as the deployment of strategies for dealing with the propositional materiality of sound. Drawing from the origins of computing within the history of textile production, his current body of work attempts to formalize this idea of sonic materiality by abstracting principles of weaving and textile design into a generative framework for electronic music production. 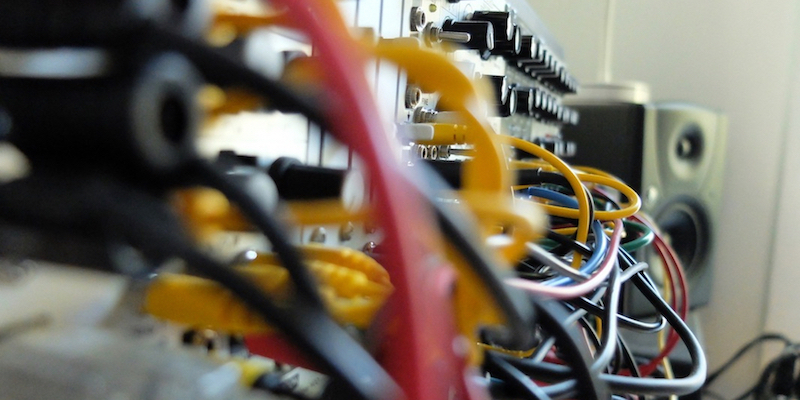 The QCVG (Quad Control Voltage Generator) is a hardware and software package designed and developed for computerized control of an analogue modular synthesizer.

On the hardware side, the QCVG is comprised of an Arduino Nano microcontroller interfaced to a pair of dual-DAC chips, which provide four channels of 0-4V CV (control voltage), and four trigger outputs (for triggering envelope generators in the synthesizer). Each CV output may be patched into an oscillator to control its pitch, and the trigger outputs are to be patched into envelope generators to control the articulation of notes through a voltage-controlled amplifier (VCA). The C++ library for the QCVG is still under development and a small production run of the hardware may be produced in the future.

The following demo was recorded in a single unedited take. Source code on GitHub.

Private Chronology was a micro-label operating between 2009 and 2015, with 10 editions published in cassette, vinyl, and digital formats.

Still Sleeping is the final release on Private Chronology, and consists of electronic music made with a Eurorack modular synthesizer. Although much of the sound design was executed using traditional analogue techniques, control signals were generated digitally using simple algorithms programmed on the QCVG.